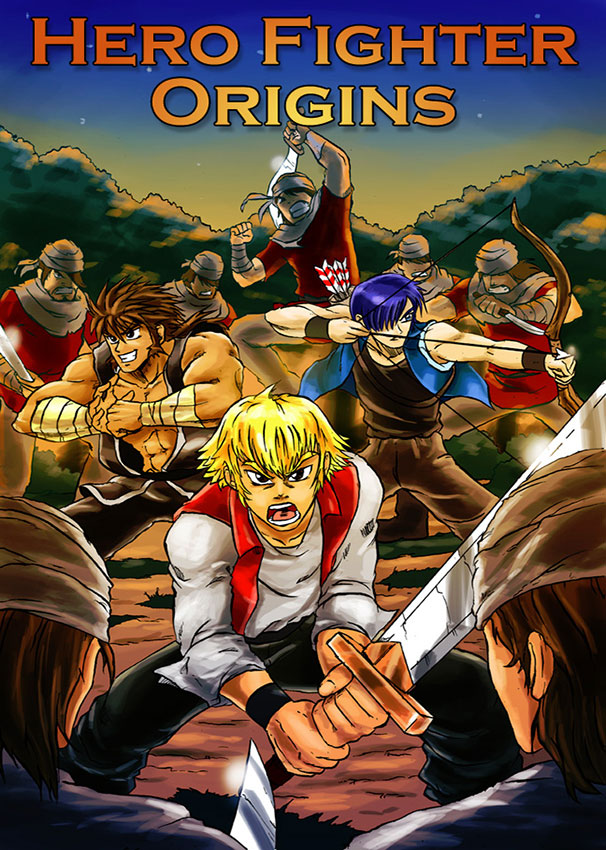 A demonic force has been sealed, but at a high cost. It's effect on the world affected entire nations, causing some to put their difference aside, and others to turn on each other. Those who defeated said force lost their lives, but maintained their power in a single blade, which is rumored to bring incredible power to its true bearer.

Hero Fighter Origins will tell the tales that are untold in the game; Hero Fighter, going deep into the past of the cast presented in the game. Warriors range from Heroic and powerful, to sarcastic and hilarious, to broken and cursed.