If I may be so bold as to share my personal preference here, I believe that none of the options given by Marti are good enough. The original is too bland, lacking the quality detail of K. Chung's designs. However, none of the styles provided by K. Chung characterize the style that I believe LF2 fans yearn for in Little Fighter. The body is too thin and the facial style resembles modern anime too much, which lacks the depth, "tough guy" look and detail of the 80's and 90's anime style that we all admire. Saint Seiya, Berserk and Yu Yu Hakusho are good anime references.

Hocti Ho, Marti's long time friend, has "fixed" the thin body problem of option F, the most voted one thus far. This one looks much more in sync with what I have in mind, but it is still not quite there. 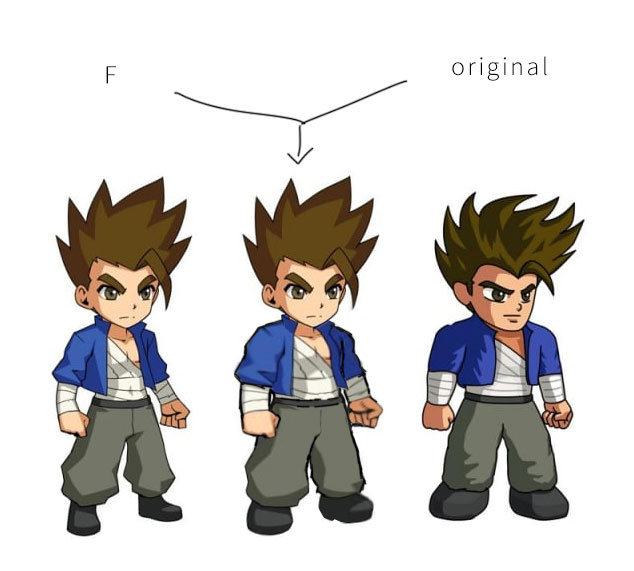 Now, Calive Fan has made an LF2 Davis fanart that I really like. This style resonates with the best animes from the 80's and 90's. 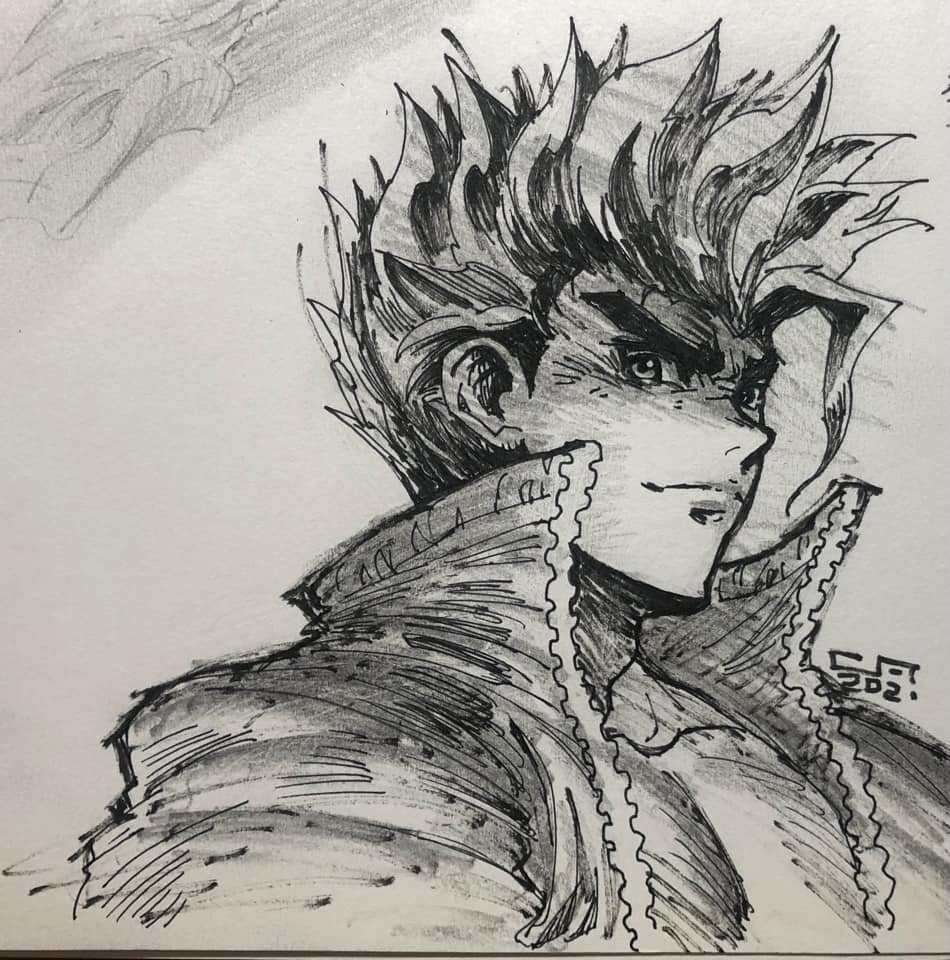 And finally, Fico Mok has made a much better design of what LF2 in-game Davis could look like (I especially like the eyes, hair and face in general). 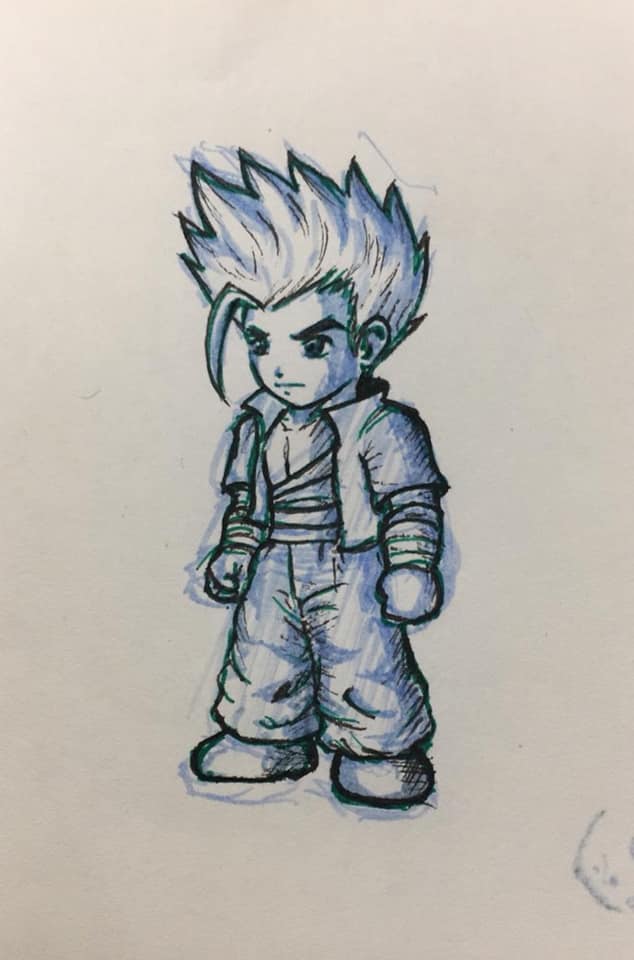